Revision of the three existing traps with a focus on the elaboration of the family character of the models, on the requirements of the given target groups, on ecological sustainability as well as on increased user-friendliness using the existing patents.

At present, half of humanity is permanently threatened by diseases. These are transmitted by mosquitoes and slow down economic and social development. The disease is not only the result of underdevelopment but also contribute to it. The work comprises three types of traps; these differ in the respective target groups and their claims.

The first target group is made up of researchers (entomologists), health authorities and physicians. Their primary aim is to monitor and control mosquito populations. A further group of buyers is formed by private individuals and public institutions in industrialised countries, who hope for a better quality of life through environmentally friendly protection. A last target group is a large number of private individuals and authorities from countries where mosquito-borne diseases are endemic. These include malaria, dengue & yellow fever, which are mainly found in Asia, Africa, Central and South America. The trap offers reliable protection against the disease vectors and is optimised for a low sales price. By catching the insects, their number is minimised along with the risk of infection.

The designs were developed, tested, optimised and realised in close cooperation with the company Biogents AG in Regensburg. The traps were designed for continuous use and can be transported and assembled on-site by one person. The modular design preferably fulfils the desired application. Thus, the required trap configuration can be individually assembled according to the mosquito population, location, transport volume and existing infrastructure. The use of cross-model components results in a uniform interface; any exchange or addition of luring stimuli is thus possible. 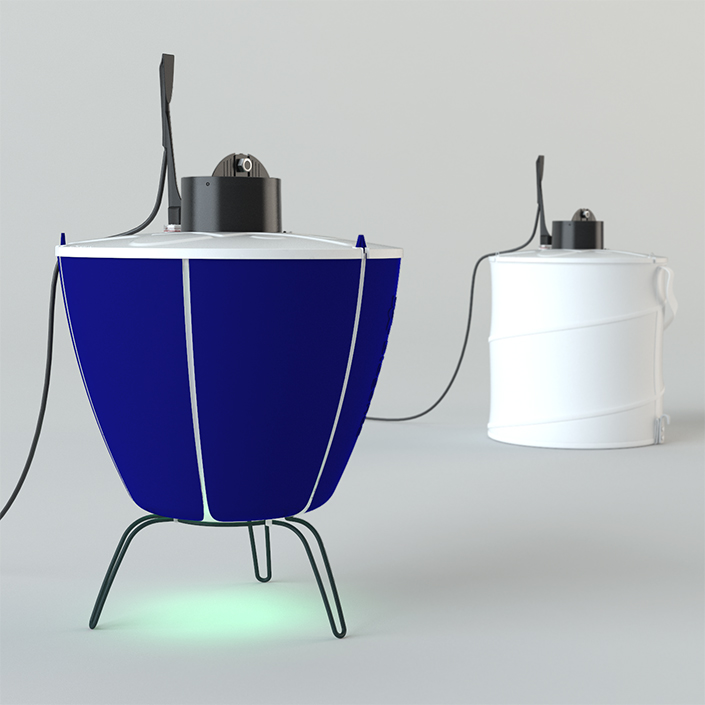 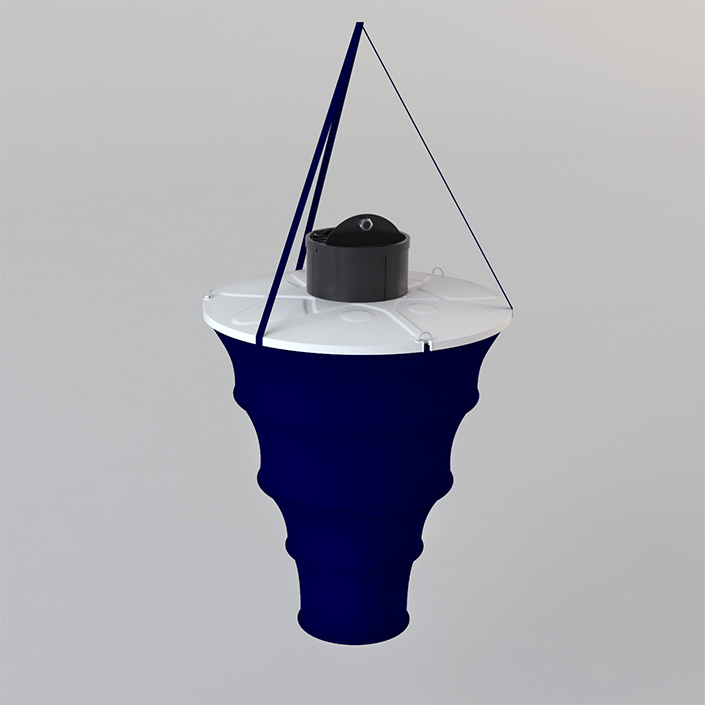 Each trap uses rising convection air and a light-dark contrast as a stimulus. Optionally, the use of an attractant and/or carbon dioxide is also an option. The respective simulates the presumed presence of a person through body heat, skin odour and breathing air. The patented counter-current principle forms the core of the ensemble; here, the mosquito is lured to the trap by the sum of stimuli and prevented from continuing its flight by air suction in the trap bag. The mosquitoes caught are prevented from escaping by a self-closing flap, even in the event of a power failure or a malfunction. The traps are similar for the technically necessary components but differ significantly in the transport volumes, the optical appearance of the trap body itself and the resulting prices.

The model developed for the researcher can thus be installed in a concise time and offers a transport solution for mobile use. The stationary trap used by private households in industrialised countries acts as a sculptural vessel and transforms into a light object at night. To offer the people in the affected areas who are threatened by disease the most cost-effective and at the same time visually high-quality protection, the model is optimised for low production costs and shipping. No insecticides or pesticides are used for the operation; only a power outlet or battery is required.

The logically structured, few interfaces allow intuitive handling of the trap. The unskilled user is additionally protected from the rotating fan. The removal of the trap contents is contactless, safe and clean. By removing the industrial unit, the trap body can be quickly inspected and cleaned. Due to the constructional design, the user does not need any tools for (dis)assembly, and the return of pure materials is also made more accessible. The use of identical parts for all models rationalises production and facilitates stock management and spare parts procurement. The choice of colours is based on a tested increased irritant effect on the insects.